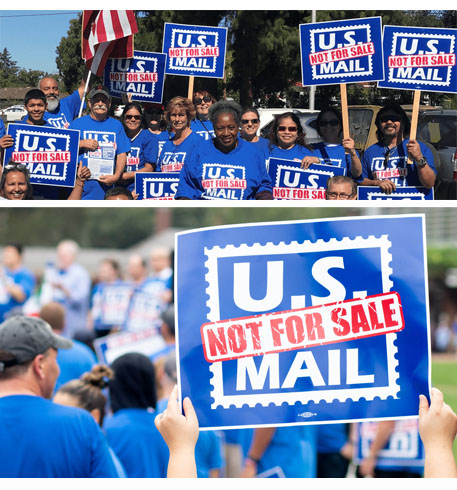 WASHINGTON, D.C. (Dec. 6, 2019) — The public service mission of the U.S. Postal Service has made it the most popular federal agency. However, this public good is at risk if we don’t all act soon.

The Postmaster General has wide powers to shape the mission of USPS and there is a real risk that Brennan’s successor could hand over parts of the service to private, profit-making corporations and prepare it for a wholesale sell-off.

The people will rightly expect a new Postmaster General who will uphold the Postal Service’s public mission and will work to preserve and enhance our national treasure.

TAKE A STAND! — Add your voice to protect our public U.S. Postal Service! Click here to sign a petition that urges the USPS Board of Governors to “appoint a Postmaster General who is fully committed to universal service and the public ownership of the Postal Service.”