It’s time to expose who's really behind Prop 22.

The Prop 22 campaign is being funded by multi-billion dollar gig companies like Lyft, Uber and Doordash, but they’re also bankrolling the California Republican Party. Yes. You read that right. The Prop 22 campaign has donated more than $2 million to the CA GOP. And to top it off,Prop 22 has received support from both the Trump administration and Ted Cruz.

It’s clear that Prop 22 is nothing more than an anti-worker, right-wing corporate scheme. Prop 22 was written for app companies, by app companies — NOT for workers and our families.

Stand with Workers! Pledge to Vote NO on Prop 22

But we’re not going down without a fight. Rideshare drivers – whose ability to earn a living wage, healthcare and paid sick leave would be denied if Prop 22 passes – union members, and working people are fighting back. We’ve been making phone calls to tens of thousands of voters every week to tell them how harmful Prop 22 is for California workers.

Will you join them and make these phone calls to the voters who are going to swing this election? You can sign up to volunteer alongside them today!

With Uber and Lyft spending the most money in election history, we have one major thing we can always depend on, something that big corporations do not have, and that is PEOPLE POWER!

Sign up for a phone bank shift using this form. It’s easy! The campaign’s staff will train you, schedule you for as many (or just a few) 1-hour shifts to make calls, and your volunteer work will really pay off in helping defeat Prop 22. 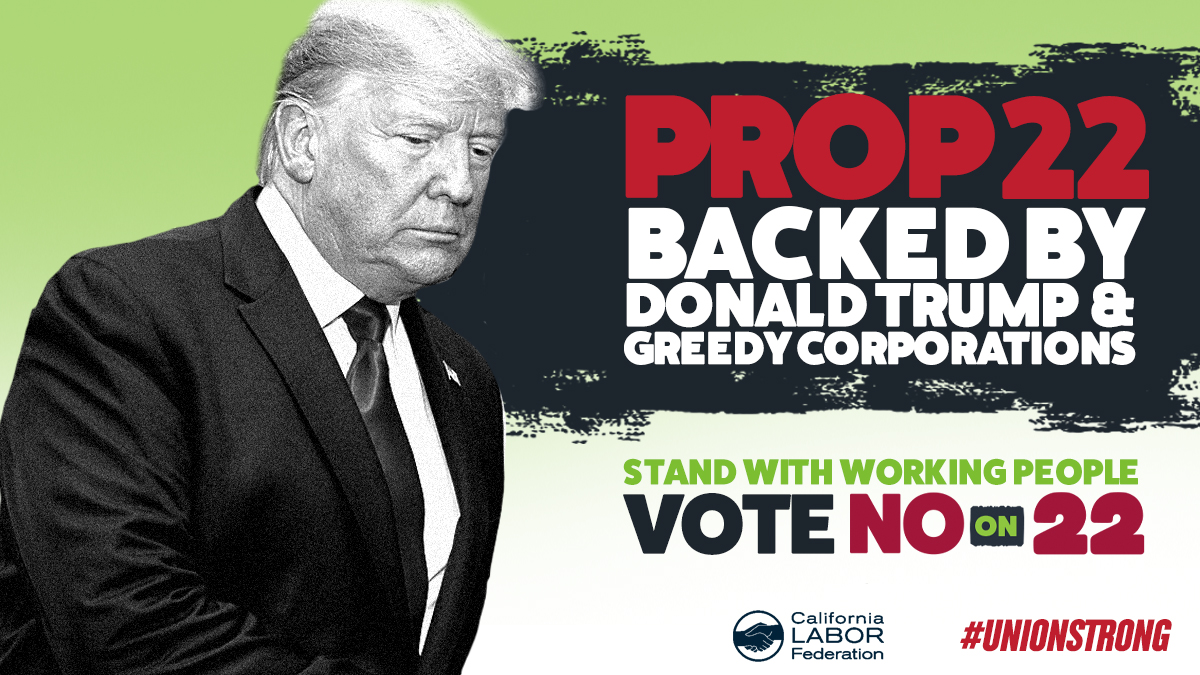 Paid for by the California Labor Federation