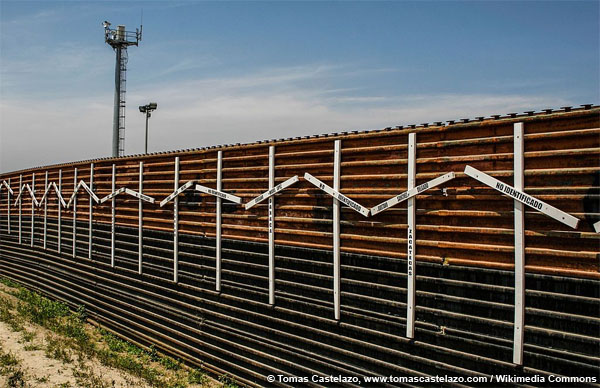 The wall at the border of Tijuana, Mexico and San Diego; the crosses represent migrants who have died in crossing attempts.

WASHINGTON, D.C. (Sept. 5, 2019) — Members of Washington’s congressional delegation are decrying President Donald Trump’s decision to divert $3.6 billion in funding from more than 100 military construction projects, including one at Naval Base Kitsap in Bremerton, to supplement the $1.4 billion Congress recently appropriated for the construction of his border wall along the border with Mexico. 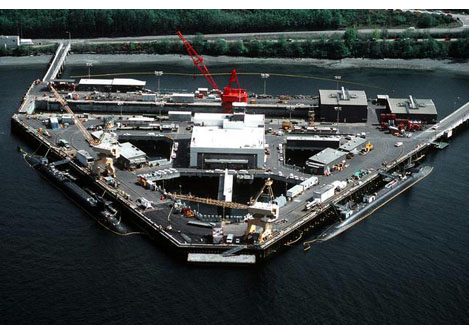 Among the projects cut is an $89 million new pier to dock the Maritime Force Protection Unit, Coast Guard vessels that protect the U.S. Navy’s Trident ballistic missile submarines on their way to and from Naval Base Kitsap.

“Each year, Congress works with the Department of Defense to fund priority military projects that are imperative to our national security. It is deeply disturbing to see the administration unilaterally raid funds from these vital projects in Washington and across the country to fund an ineffective, completely unnecessary border wall. Our men and women in uniform deserve better.”

The Pentagon insists the projects are not being cut, but merely “deferred.” However, the appropriated money is now gone and there is no guarantee that Congress will replace any of the diverted money, especially now that Trump has demonstrated his willingness to use military-readiness funding for his border wall.

“To pay for his xenophobic border wall boondoggle, President Trump is about to weaken our national security by stealing billions of dollars from our military,” Rep. Debbie Wasserman Schultz (D-Fla.), who chairs a key military construction panel, told the Associated Press. “The House of Representatives will not backfill any projects he steals from today.”

The Naval Base Kitsap cut is one of 127 military construction projects in 23 states, three U.S. territories and 20 countries that will lose funding to help pay for Trump’s border wall.